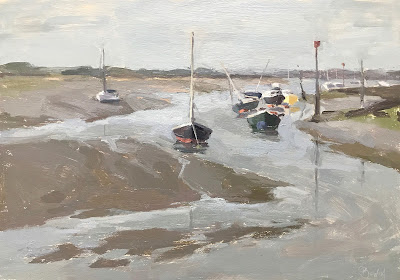 Painted this a few days ago. I was standing at the end of the jetty that I had previously painted #178.
When I arrived the tide was almost at it’s lowest, it’s surpising how quickly it turned and changed. When it did the boats turned 180 degrees! And the mud flat near me disappeared! I had blocked everything in but finished during the Open Studios yesterday putting more light on the boats and water.

We had a good start over the weekend with visitors to our Open Studios. We’re open again on Friday. 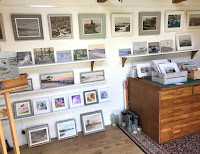