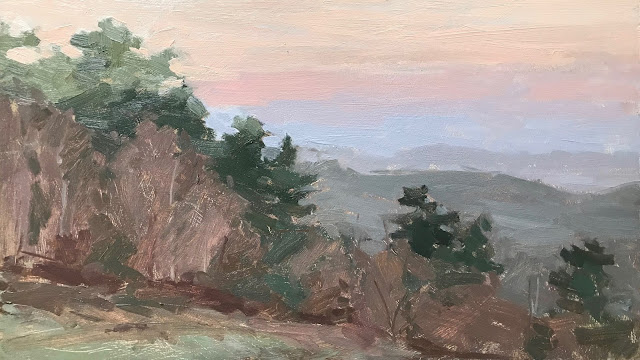 A very tricky subject, as the composition is minimal, you have to make more of it than is actually there! 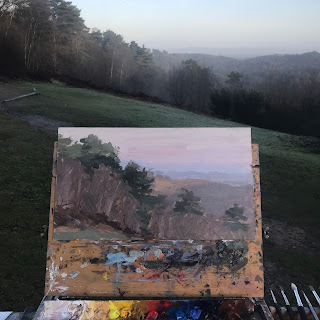 The mist rolled up the hill at the end which changed it as well.
When I got it back to the studio it was one of those that was disappointing, it didn’t work. So I decided to scrape the whole thing back. Nothing to loose as I didn’t like it how it was. I used a palette knife and took as much paint off as I could and leaving a ghost of a painting. I did it in sections here’s the second. I had just done the sky & hills… 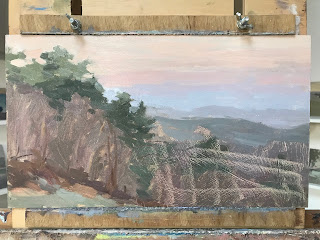 You can also see I changed the composition as the tree line was coming off the bottom of the board, so I moved it up and made it a bit smaller, which helped.
The light hit the tops of the trees which I captured it also hit the top of the middle distance hills I put that in but decided it was confusing and when I repainted it, it more how it was in the beginning of the morning.
A good learning piece, bitter cold too!