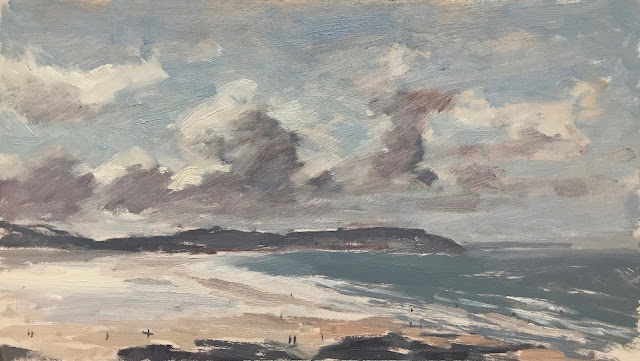 Quite often when I’m painting I would look around the in the other direction and there is another painting to be had! I saw this sky when was I painting the previous post – ‘Morning Shadows, Barricane Beach’.
Some paintings are real struggle but this one did itself.
Making the spit of land (Baggy Point) a small scale helped to make the expanse look big. Also putting the little people in – spot the walking surfer!
The foreground rocks were in a straight line which didn’t work for the composition – too many horizontals, so I broke the shape up but still showed they were there and making it the darkest tone.