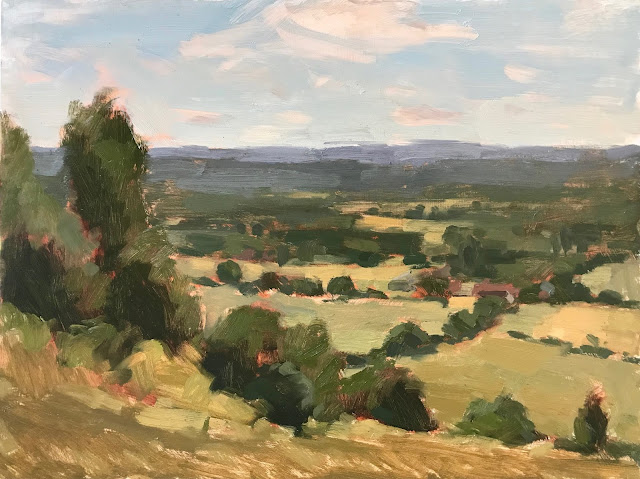 I was feeling confident from my previous large scale peonies painting so decided to go large on this one as well. I wouldn’t usually on a new subject but was egged on by Sarah Manolescue who also went big.
We struggled a little with noise pollution – young people with there beat box & kids doing rolly pollies down the hillside and passers by wanting to know if we were at college!!

Once I’d got into the painting it was ok, and quite enjoyed the scale.
Not an easy view as there isn’t much structure and its a big space, although I made the most of what was there, the sweeping down hill and the buildings. I put the horizon on the Golden Mean – or 1/3rd way down the board. Which is generally known as a pleasing point in composition. I also broke that line up with a big tree. 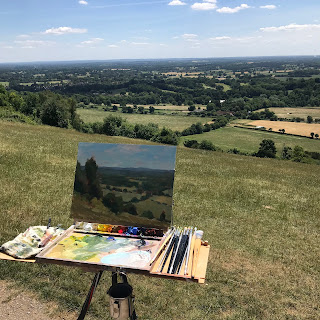