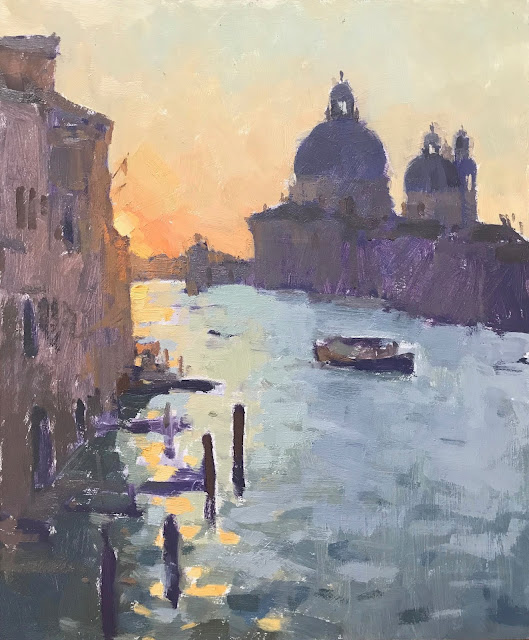 I experimented with putting the glow around the building next to the sun to give a sense of strong sunlight. There’s not much water activity early on but I managed to paint the Vaporetto water bus as it was moving across the Grand Canal! By around 8-9am its teaming with boats, nice early as you still get water reflections and light.

The Maria Della Salute (dome building) is white where the ‘window’ is but painting it white in this light wouldn’t work so I put a warmer colour in than the dome and slightly lighter in tone to differentiated the two.