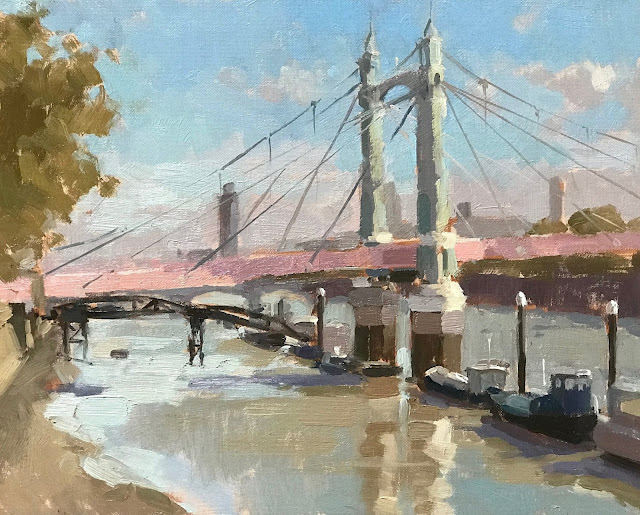 Arriving in London I had a plan to paint the same scene as I did this time last year: 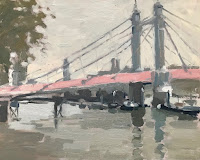 Including a bit more of the river bank and boats on a bigger board.

The tide was very low, which helped the composition anchoring it on the side. Also the space between the pink part of the bridge and water was huge which allowed there to be more room for boats and water.

The light was beautiful and it got better and better! (as we were leaving!) I goal I was aiming for painterly but well observed… 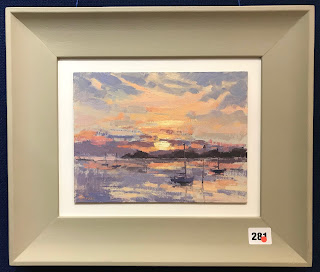