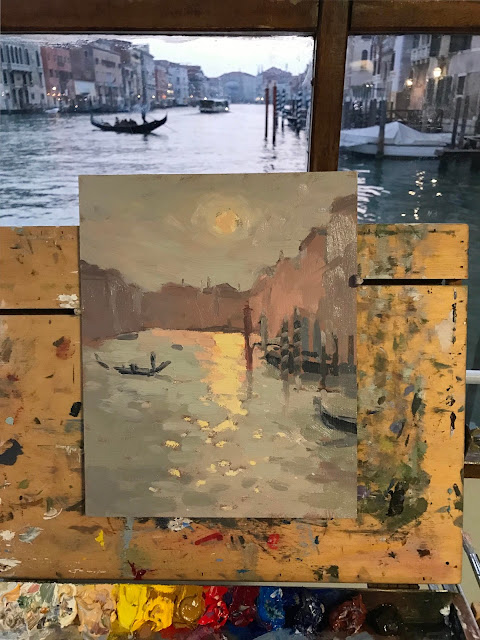 I was going to get on the water bus and go to a St Marks Square for the sunset. But seeing the sparkle on the water and the colours I had to stop and paint.

A lot of places I paint on location I am on show, this one was odd as people were in a waiting room and I was painting in front of them! Plus when the boat turned up all the passengers and drivers were peering in having look at my painting. Which is alright once its nearly done and (hopefully) come together. But in the early stages I want to show out its not finished yet 🙂 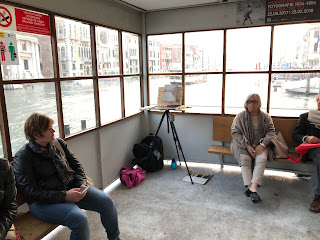 The colour of the sparkle? It’s very hard to see it as it’s so bright and dazzles your eyes. I look to see if its warm or cool. Generally later in the day or early morning its warmer and say middday it would be whiter paint.